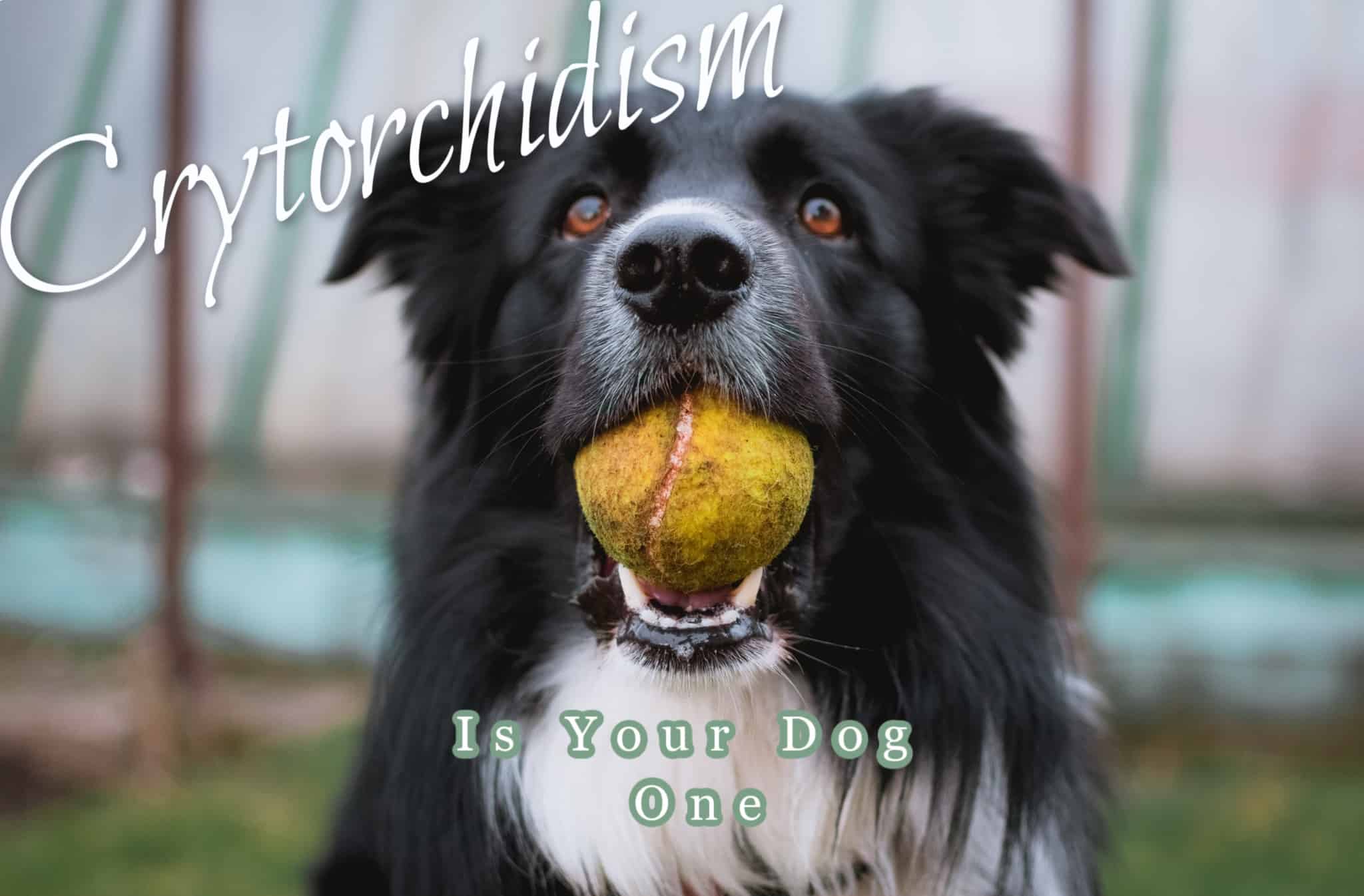 Are your sure your puppy has his balls? I’m not talking about his tennis balls, nope. The balls I’m referring to are his testicles. Cryptorchidism in dogs (undescended or retained testicles) is normally benign but can pose a big problem for your dog in the future. You should continually check your new puppy’s testicle placement frequently after you bring them home until they’re at least 6 months old. We all hope that the breeder has done their due diligence ensuring you get the healthiest puppy they can produce. A good breeder will always have their puppies checked over by a vet and provide a health certificate to the new owners. The usual exam is given making sure testicles are descended, eyelids are facing outwards, their soft spot is closed, and there isn’t any awkward movement of the patella. Sometimes, however, things can change from that initial exam quite dramatically.

What Exactly is Cryptorchidism?

Cryptorchidism is a condition where a male dog’s testicles fail to descend into the scrotum. Most puppy testicles are in the scrotum permanently by the age of 8 weeks, but some take longer to descend. Either one or both testicles can be retained. This condition is found more commonly in purebred and inbred dogs and in smaller breeds over larger. There are 10 breeds that seem to have a higher occurrence rate than others: toy poodles, Yorkshire terriers, miniature dachshund, Cairn terrier, chihuahua, maltese, boxer, Pekingese, and English bulldogs. Though to be a genetic condition it is not recommended to use any cryptorchid dog in a breeding program.

Problems Can Arise During Descension

I was perusing Facebook the other day. On one of the various dog groups a woman was complaining about her puppy who no longer had his testicles, BUT were there when the vet examined him at 6 weeks. She was obviously very upset and blamed the vet of incompetence. It really wasn’t caused by the vet’s incompetence but by nature.

Male dogs are all born with their eyes shut, ears closed, and testicles held within their body. By the time the puppy is 8 weeks old their testicles should have both dropped into the scrotum and hopefully, remain there for life or his is castrated.  However, as mother nature usually does tricks can be played, and, in this instance, it goes by the name of the inguinal ring.

The inguinal ring is the small opening to the inguinal canal in which allows nerves and reproductive vessels a pass through the abdominal wall into the scrotum connecting the testicles to the rest of the reproductive tract. Each testicle has an inguinal ring. When the pup is young his testicles are small and can move between the abdominal cavity, inguinal canal, and the scrotum rather easily. By 6 months of age the inguinal rings close. If the testicle return to the scrotum before the ring closes it becomes retained.  This is how a vet can palpate testicles at an examination and still end up with a cryptorchid dog. Is it the vet’s fault, no. Neither is it the fault of the breeder.

Diagnosis of Cryptorchidism in Dogs

After 6 months old a vet will diagnose your dog with cryptorchidism if his testicles still haven’t descended. The vet will feel around for them in the abdomen and if he cannot locate them he can use a ultrasound to pinpoint their location.

Treatment for Cryptorchidism in Dogs

It is always recommended to have retained testicles removed as soon as possible as they can cause some serious health problems. The surgery is the same as a normal castration if the testicles are retained prior to the abdominal cavity. If the testicles are inside the abdomen a small incision is made in the abdominal wall to remove them. No surgical procedure is without risk which your veterinarian will go over with you. Both procedures are thought to be of little risk compared to the lifelong complications.

The biggest risk for leaving retained testicles where they are is cancer. There has been shown to be a 9%-14% increase in occurrence of abnormal growths. The two most common types are Sertoi cell tumors and seminomas. Although metastatic (cancer spreading to other areas) rates are low it does happen.

Leaving testicles to swim around in the body leads to the next complication, testicular torsion. The testicles are connected to the rest of the reproductive tract by small tubes called seminal vesicles. These can become twisted upon themselves while bouncing around up there. Testicular torsion is painful and if not remedied quickly infection can set in as the testicle dies off from lack of blood flow.

The most benign issue with leaving testicles in is the same with any dog. Even undescended testicles will still produce testosterone the male sex hormone causing the dog to have the same urges as an unneutered male.

Having a cryptorchid dog isn’t the end of the world! Cryptorchidism in dogs in no way affects the dog’s ability to love or be loved, he’s just not good breeding stock. Since this is a genetic issue make sure you notify your breeder right away! If you bought your dog to be a show prospect and potential stud most purchase contracts will offer a replacement puppy and you retain the original as a pet. My only advice is to check you puppy’s testicles often until he is 6 months old, and if they don’t descend make sure you have them neutered as soon as possible to avoid any complications.