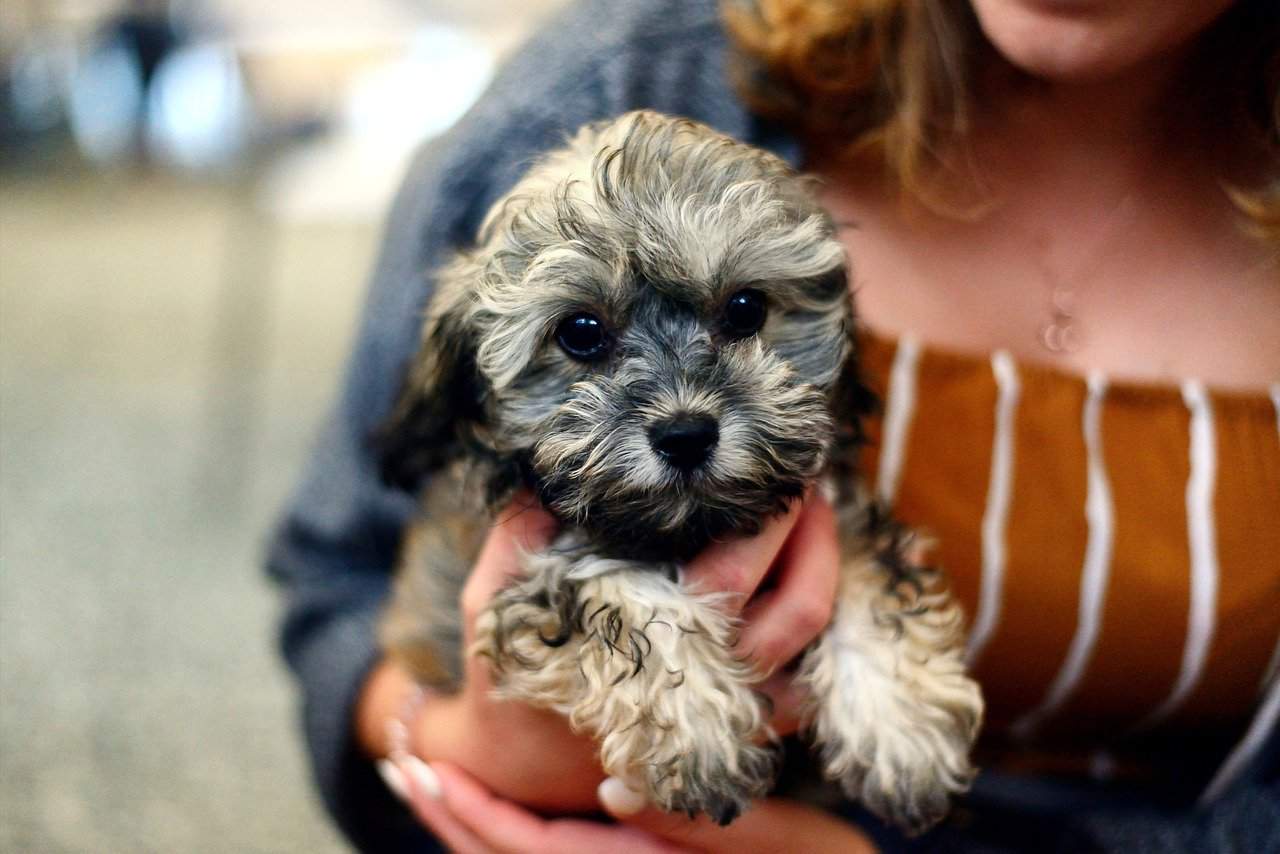 Is a designer mix breed dog really worthy of all the hype? Not in a million years! Not only are the prices for designer dogs into the thousands, but the promises made by breeder regarding traits and temperament are all just smoke and mirrors. There is nothing absolutely nothing wrong with a mix breed dog, mutts can be absolutely wonderful dogs. However, the real danger of designer dog breeds are the breeders themselves.

If you search designer dogs, you will find traits and characteristics listed for each breed. Very rarely in those descriptions will you find the words probably, possibly, or anything explaining that genetically these dogs are a crap shoot of what will come through. Essentially you can end up with a dog that exhibits the bad qualities of each of their breeds.

The Origins of Designer Dogs

The “doodle” craze was actually started by a man named Wally Conron in Australia during the 1980’s. At the time he was breeding guide dogs and was approached by a blind woman in Hawaii who had a problem. She wanted a guide dog, but her husband was allergic. After several attempts at making the standard poodle a guide dog he decided to cross the standard poodle with a Labrador. The result was three healthy Labrador standard poodle cross pups born but only one was able to be tolerated by her allergic husband. He couldn’t give the other two pups away as guide dogs. Much to his later regret he reached out to the media to help find his two labradoodle pups a home. Dubbed labradoodles by the media people fell in love. Understanding where the newly minted labradoodle was headed, he tried to patent the breed unsuccessfully.

Wally Conron understood right away that he opened the door for unethical breeders to make a lot of money.

Breeders began almost immediately breeding poodles with every other dog breed. All of a sudden you had goldendoodles, matipoos, and all the other doodle mixes. Soon it expanded from crossing poodles to crossing everything with everything. There is seriously a golden dox now ( a cross between a golden retriever and a dachshund). Although these guys are super cute there is one big problem.

Where is their Breeding Stock Coming From?

A purebred breeder who has spent their entire lives practically putting their heart and soul into creating a line of healthy well bred dogs is not going to hand over breeding rights to just anyone. The most certainly would not hand them over to someone who wants to create cross breeds. So where does the breeding stock come from. Unfortunately, since they are a cross breed there is no need for registration papers to prove lineage. Dogs who were purchased from respectable breeders and didn’t have breeding rights could breed with a cross others use sub-par breeding stock from back yard breeders. Consequently this opened up a whole new market for puppy mills.

Are any Designer Dog Breeders Legit?

I would love to think they are out there, but for the most part no. Most ethical breeders want to improve their breed but in this instance there is no breed to improve. These mixes haven’t been around long enough for a standard to even develop. It is estimated, in Britain, due to the demand of designer dogs now only 10% of puppies are from legitimate breeders. There are no such figures available in the U.S but one can assume since the demand is about the same these figures are also.

Are They Trying to Create A New Breed?

I’m sure some are some who think that their mix deserves to be declared a breed by the AKC, but that is a long way off. A new breed isn’t just thought up overnight. All purebred dog breeds in existence today are the result of dedicated breeders who over decades cross bred, line bred, and mix bred until they eventually achieved their goal. There are a lot more failures than successes. Creating a breed takes time, a clear goal, and a lot of patience without any promise for success. It is estimated that the creation of a new breed takes between 30 and 50 years to get all the kinks out. This time creates a larger gene pool from which a standard can emerge. While I am sure that some breeders of designer dogs love their mix and may have this goal in mind unfortunately many more do not.

What are you really getting with a designer dog?

That’s the big question and with all the crosses you do not know. There is no way to predict at this point what types of dog a mixed litter will produce. My favorite advertising slogan for doodles is that they are hypoallergenic. Ok, let say poodles are hypoallergenic and you want to build a line of Goldendoodles. Goldens are known as friendly, outgoing, hairy dogs and poodles are known for their hypoallergenic, low shedding qualities, but they can also be skittish and distrusting. Both dogs carry an array of genes handed down from their ancestors and breeding them together can bring out anything. You can get a beautiful, happy, outgoing, practically hypoallergenic dog or you can get a shedding, skittish, anxiety ridden dog. Even mixing the best golden to the best poodle its still a crap shoot.

In the end, if you are dead set on getting a designer dog, and trust me a pomsky is really tempting, do your homework. Make sure that the breeder is doing all health screenings and the puppy has had proper vet checks. Puppy mills are the forerunners of designer dogs so make doubly sure you are not supporting one.