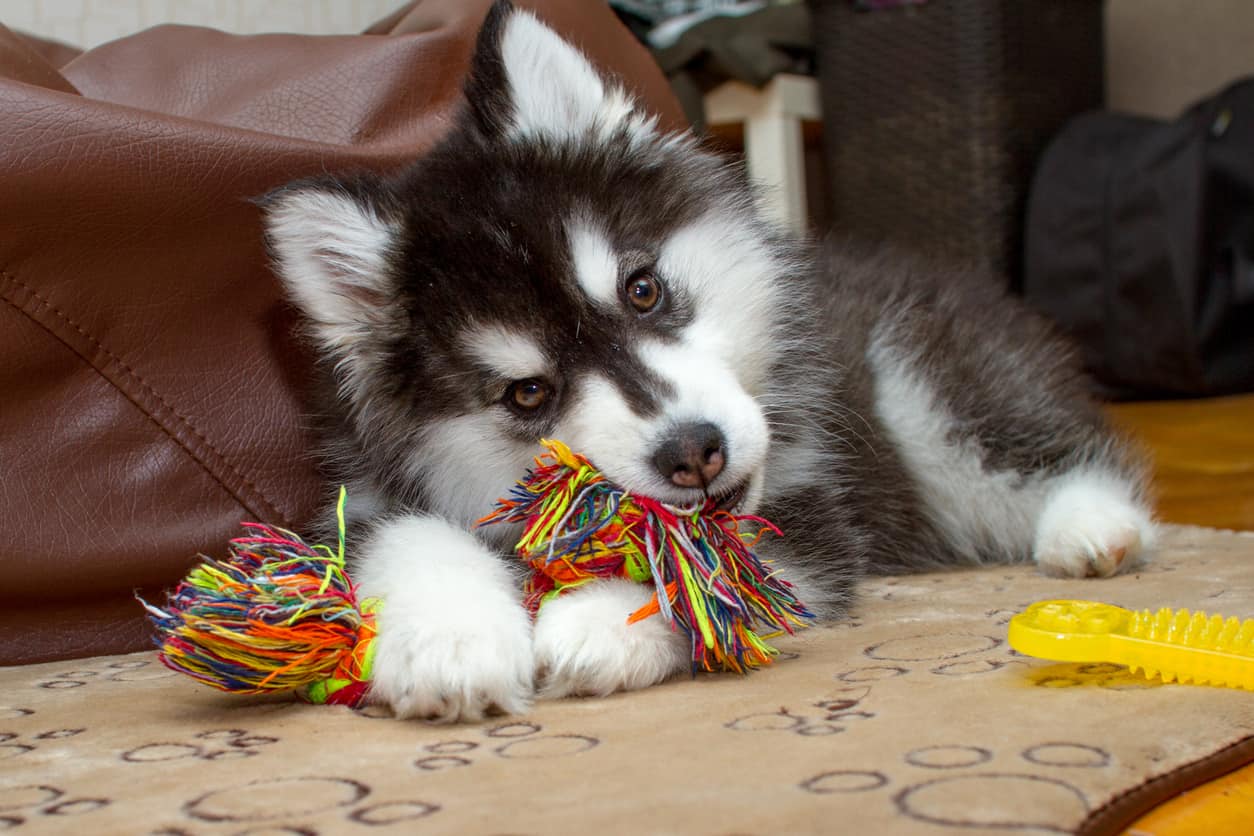 Dogs eating drywall is just one of the many ways that they can wreak havoc on their human’s lives. Dogs can be the loves of our lives. They snuggle us when were sick, kiss us when were sad, and genuinely love us at our worst. But, as much as we try to make them, they aren’t perfect by any means. In fact, sometimes they can be the complete opposite of perfect and be downright destructive.

Our first big project on the farm was to remodel the bedroom area. All four bedrooms and hallway were completely redone and drywalled. When it was completed it was beautiful! Clean beautiful walls. Seven years ago those beautiful walls met Thor. Thor took quite the liking to them and decided they were a wonderful snack. I have patched and patched the walls so much its ridiculous. It wasn’t so bad to have one dog drywall eater, but he has subsequently gone on to teach each of the younger babies that this is an appropriate behavior when bored. My walls are now swiss cheese and I will be re-drywalling since no amount of patching will be sufficient. SIGH. So, what can be done about drywall eating?

Why do Dogs Eat Drywall to Begin with?

There are so many reasons why dogs start eating drywall and for many it starts out early in puppyhood. Puppies are vivacious and full of energy, energy that needs to be positively directed or it can become destructive. Unfortunately, your drywall can become the sad victim of this destruction. If allowed to persist this can develop into a lifelong habit.

Akin to boredom puppies need plenty of attention and love. Good attention and bad attention boil down to the same thing, attention. If a dog can’t get you to pay them attention when they bring you a toy, but they can get it by taking a chunk out of your wall, they will.

Anxiety Could be the Root of Drywall Eating

Anxiety can be caused by almost anything, a thunderstorm, fireworks, or just being left alone. Dogs who suffer from anxiety can exhibit a multitude of destructive behaviors; drywall eating is one of them. Stress and anxiety can cause your dog to want to escape their stressor, or in the case of separation anxiety, wanting to be reunited with you. Your wall is the regrettably in their way. Dogs have been known to eat through interior doors, walls, or any part of the structure confining them in an area that is causing them stress.

Pica is actually a very dangerous condition where a dog eats non-food items. They crave and seek out to ingest objects like rocks, paper, plastic, feces, cloth, metal, or any other object that doesn’t bring them nourishment. This compulsive behavior can lead to sever digestive upset and even death from internal damage. If you suspect pica have your dog evaluated by your vet to see what treatments may be beneficial.

A dogs nose can smell unwanted critters lurking behind your walls. These creepy crawlies, such as insects and rodents are very enticing to your furry friend. A dog is a natural hunter no matter their size and will chew through a wall to uncover the homes of these unwanted visitors.

How to Prevent Your Dog Eating Drywall

Correction sprays work by startling the dog into stopping the stopping the bad behavior. They work by emitting an audible hiss of air, some also contain pheromones. You basically point the can at the dog during or directly after the unwanted act. The negative reinforcement if used consistently will be associated with the action and the dog should stop. A spray bottle filled with water will do much the same. However, if your dog loves water spray, like our Salem, this little hack will not work.

Repellant sprays smell foul to your dog and taste even worse. Spraying the areas where your dog likes to chew will hopefully deter them from further damaging behavior. Many sprays concocted at home work just as well if not better than their store bought counterparts.

Dog toys, puzzles, and games can entertain a bored dog. Having a diverse assortment of toys can keep your dog occupied for hours. However, toys can be expensive so a neat little trick to keep old toys feeling new is to rotate toys available.

Crate training is surprisingly a very controversial topic. I never understood why, but this is another instance where it can come in handy. Keeping your pooch confined while you are away or unable to supervise can keep them from ingesting not only drywall but other harmful substances.

Simply put, a tired dog is a happy dog, a happy dog isn’t getting into trouble. If his brain is tired he won’t even think about chewing on your walls.

If all else fails, you can install scratch and chew proof wall paneling. The paneling will protect the walls underneath from further destruction and save hundreds on repair costs in the future. There are so many options available from wood to pvc.

Will Eating Drywall Hurt My Dog?

Normally, drywall is considered non-toxic to dogs, so eating a small amount should be absolutely fine at most they may experience mild stomach discomfort. Consuming large however can lead to an impaction in the digestive tract which can only be treated with surgery.

Exception: During the 2000’s defective drywall was imported from China, aptly called Chinese drywall, which does contain toxins.

Our Plan to Curb Eating Drywall

My dogs are rarely left alone, even when we leave my mother is always here and likes the company. However, she can’t play with them or take them out to run as much as they need. It’s these times that become prime drywall eating time, because they’re bored. Since Thor has brought Salem over to the dark side of drywall eating and we aren’t around to consistently correct the issue we are going to be putting up wainscoting along the hallway.

Dog’s can have destructive behaviors some of which can have us pulling out our hair. Nevertheless we still love them, leaving our only option to deal with their issues positively and head-on. Just like us dogs are capable of learning and changing as they grow. Work with them through the good and the bad, and love them as unconditionally as they love you. If one option doesn’t work try another. Never be afraid to ask for help either. There are plenty of people able and willing to guide you such as your veterinarian, trainer, or even a dog behaviorist. Sometimes the cause can be something so simple we tend to overlook it.