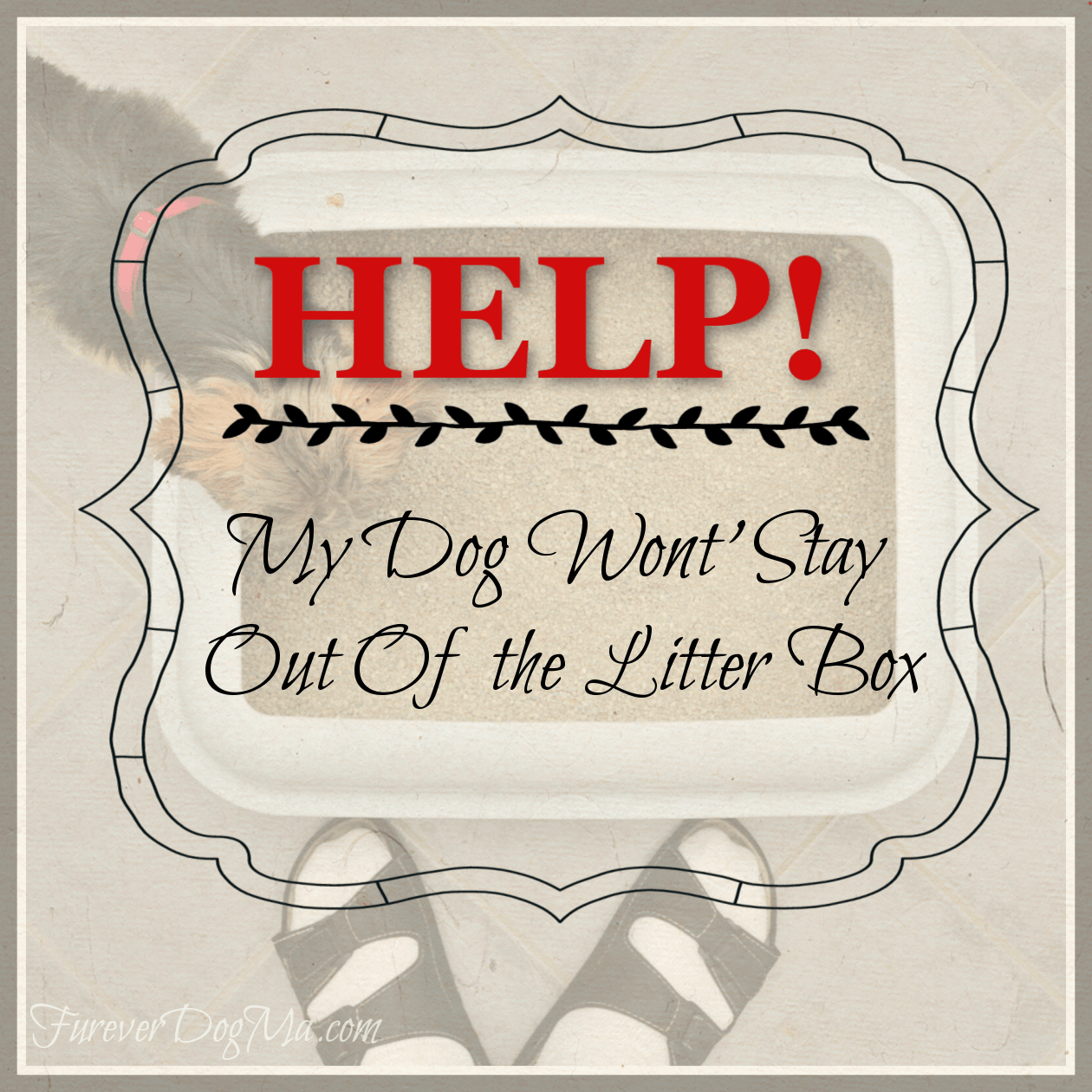 Dog’s have A LOT of gross habits but eating cat poop takes the cake! It doesn’t matter how well behaved the dog is, cat poop flips some kind of switch turning your sweet Fido into a litter pirate pillaging every time get the chance. And then, like clockwork, they want to come and lick your face with breath that burns your eyes! SO GROSS! Why DO dogs have such a draw to the kitty box and how do you keep them away?

We have three golden retrievers, Khleesi, Thor, and Salem. I love my dogs they are most definitely my three furkids! What I don’t love is getting licked by cat litter tongue! Salem and Thor are the absolute worst. I seriously think they stalk the litterbox like a bank robber waiting for the next deposit. We actually had this issue under control for years with a homemade litterbox (literally a big tote with a hole cut in the lid). It worked beautifully through raising up four of our beloved goldens… until Salem. Salem has cracked the code and couldn’t keep it to himself; he had to teach Thor!

Why DO Puppies Eat Poop?

People don’t hold the same affection for poop as dogs do, so we gave it a scientific diagnosis, Coprophagia! Eating poop is something that all puppies are exposed to from birth. To keep them and their den clean the mother dog ingest the poop produced by her babies. Talk about a dedicated mother! This is an instinct that has been handed down from generation to generation to keep her babies safe. In the wild this disgusting behavior keeps not only the den clean so the pups aren’t covering themselves in feces, but it also keeps the scent of the den down so that predators cannot find the undefended cubs easily. In this way domestic dogs are no different from their wild relatives. And just like human babies, pups learn from example so when they see their mother eating feces they tend to try it too. Thankfully it is a habit that most grow out of.

Is Something Special About Cat Poop?

Actually yes, sort of. As I said, most grow out of eating dog poop, but I didn’t say anything about the feline variety. The simple answer to why is that it smells good to them. Cats have a relatively short digestive tract that doesn’t breakdown all their food efficiently making what comes out of their butts still smelling like food to dogs. Irresistible food!

In rare instances coprophasia can be indicative of health conditions that increase the dog’s appetite such as Cushing’s Disease or Diabetes Mellitus. With these diseases however you will see in increase in eating everything else as well. So, if you notices a change in your babies eating habits have him seen by your vet.

Is It Dangerous for Your Dog to Eat Cat Poop?

There is a stigma on poop, it’s gross, but is it bad to eat? What do you think? It’s poop, Of COURSE it’s dangerous to eat it! Poop contains so many different bacteria and parasites that can make your dog sick, and you if he licks you face after partaking in kitty biscuits. Salmonella, clostridia, campylobacteria, and E. coli are all found in the kitty box buffet and are capable of causing illness.

Beyond the obvious, the cat litter itself can cause major issues in your dog’s digestive tract. It is not poisonous in a conventional sense. Clumping litter is especially dangerous. It is designed to clump when it comes in contact with moisture which your dog is full of. With each kitty biscuit he consumes the more litter is introduced to his digestive tract where it turns into a cement like consistency. Unable to move through the built-up gunk can cause serious, life-threatening issues with your dog’s health such as: obstructions, gastric distension, and venous strangulation.

How to Keep Dogs Out!

The best and most assured way to keep your dog out of the litter box is to make it inaccessible to them. There is furniture out there designed specifically to keep out litter box robbers. You can find benches and end tables, anything. If you can’t find you can build it! Get creative!

Make your litter glitter. A clean litter box won’t attract the bandit, or at least there won’t be anything left for him to pillage.

Going on the premise if you can change the smell your dog won’t want to a silent litter raid, there are several additives for cat food that can help repel your dog.  Many people swear by adding meat tenderizer to their cat’s food stops the scavenging of the poop treats. The problem with this method is that the main ingredient in meat tenderizer and most over the counter coprophagia additives is monosodium glutamate (MSG). MSG is a flavor enhancer found in people food as well as pet foods, but it isn’t good for either. If your going to use a food additive try to avoid MSG as much as possible.

Keeping Fifi or Fido out of the litter box is not going to be easy, it’s like an ongoing war. Sometimes you win and never have a problem again. Others it lasts for a bit and she will figure out a trick to gain access, rinse and repeat. I know it’s incredibly frustrating but don’t give up though! Keep trying new thing until you find a solution that works. Remember, the smell isn’t the worst part of kitty biscuit breath, but it can be incredibly dangerous for both you and your pet.